Attention deficit / hyperactivity disorder (ADHD) is the most commonly diagnosed neuro-biologically-based developmental and behavioural disorder of childhood, estimated to affect between 3% and 5% of school-aged children. Although many people occasionally have difficulty sitting still, paying attention, or controlling impulsive behaviour, these behaviours are so persistent in people with ADHD that they interfere with daily life. 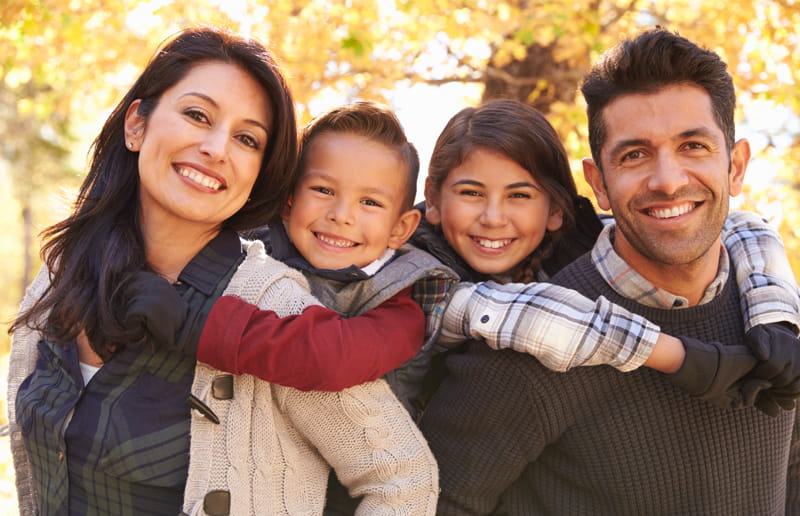 Generally, these symptoms appear before the age of 7 years and cause significant functional problems at home, in school, and in various social settings. One to two-thirds of all children with ADHD (somewhere between 1% and 6% of the general population) continue to exhibit ADHD symptoms into adult life.

A person is considered to have ADHD if he or she demonstrates symptoms of inattention, hyperactivity, and impulsivity for at least 6 months in at least two settings (home and in school). In order to diagnose ADHD in adults, healthcare providers must determine how the adult patient behaved as a child.


SYMPTOMS OF HYPERACTIVITY AND IMPULSIVITY


SUBTYPES OF THE DISORDER

Most kids exhibit one or more of the subtypes:

It is important to have a thorough discussion with your healthcare provider regarding the benefits of different options for ADHD treatment:

Multiple strategies are required to effectively manage ADHD over the long-term. Lifestyle changes, including behavioural therapies, are proving to be the best option for many children. Currently, the most accepted treatments include individual and family education, behavioural therapy, school remediation, and social skills training.

There are two basic ways to manage hyperactive children: change the child's environment or change the child's behavior. The former can be accomplished by actively modifying a child's social and family interactions, a process that usually begins with parental training. The latter involves stimulant medication.

Notably, a recent study sponsored by the National Institute of Mental Health (NIMH) indicated that a comprehensive treatment regimen that combines medication with intensive behavioural interventions (such as parental training) is among the most effective treatments for elementary school children with ADHD. Adults with ADHD may benefit from a variety of behavioural interventions including cognitive remediation, couple therapy, and family therapy.

2. THE NATUROPATHIC APPROACH TO ADHD

The naturopathic approach to ADHD involves first identifying the root cause of the symptoms. This is accomplished by collecting the clinical and family history of the child, and then checking blood and hair specimens to identify any abnormalities that are present physiologically. Once all the information has been collected, an individual treatment plan* is created specific for the child, which may entail the use of various natural therapies such as nutrition and dietary supplements, lifestyle changes, botanical and Traditional Chinese medicine and homeopathy.

The Feingold Program - based upon an elimination diet is composed of two stages:

According to Benjamin Feingold, a practicing allergist’s observations, eliminating all of these substances dramatically improved ADHD symptoms in 50% of children, and reintroducing them one at a time caused the symptoms to recur. Elimination diets, however, should only be used under the guidance and direction of a registered naturopath because of the potential risk of malnourishment

How sugar influences ADHD is one of those controversial areas in medicine. There are two sides to the debate. On one side, there is the official medical establishment that claims numerous scientific studies show that children do not react to sugar and that sugar does not play a role in ADHD. On the other side, there are all the mothers who have personally witnessed that when they give their children sugar, within a few minutes, their children are bouncing off the walls. So, the question is with whom does the truth lie.

A study in Yale by Girardi suggested that sugar ingestion triggered certain metabolic abnormalities in ADHD children causing reactive hypoglycemia, and suggested that children with ADHD have a general impairment of hormone regulation with sugar metabolism, and sugar may accentuate this defect.

There is another effect of eating refined sugar. Table sugar is a nutrient vacuum. It provides no nutritional benefit other than calories, but it requires a lot of other nutrients to process it. It depletes the child's nutritional base. That means that if a child's ADHD is caused or exacerbated by the lack of certain nutrients, having a high sugar meal may drain these nutrients and push him into a nutrient deficiency state.

A well-balanced diet rich in micronutrients is essential for normal brain development, particular in young children. In fact, many children with nutrient deficiencies have significant cognitive and behavioural problems. Children with ADHD tend to have irregular eating habits and are therefore at slightly increased risk for becoming mildly deficient in certain nutrients.

Symptoms of magnesium deficiency include irritability, excessive fidgeting, anxiety, restlessness, learning difficulties, decreased attention span, and mental confusion. In one study of 116 children with ADHD, 95% were magnesium deficient. In a separate study, 75 magnesium-deficient children with ADHD were randomly assigned to receive magnesium supplements in addition to standard treatment or standard treatment alone for 6 months. Those who received magnesium demonstrated a significant improvement in behaviour, whereas the control group exhibited worsening behaviour.

Adequate levels of vitamin B6 (pyridoxine) are required for normal brain development and are essential for the synthesis of essential brain chemicals including serotonin and other neurotransmitters. A preliminary study found that pyridoxine was slightly more effective than the most commonly used prescribed stimulants in improving behaviour among hyperactive children.

Iron deficiency is common among children and adolescents, particularly in lower socioeconomic groups where it affects half of all infants. Normal levels of iron in the blood are necessary for optimal brain function. Symptoms of iron deficiency include decreased attention span, arousal, decreased voluntary activity and social responsiveness. Since iron can be toxic in children who are not deficient, it may be important to first confirm an iron deficiency before supplementing with iron. If iron levels are low, a healthcare provider can determine whether replacement is needed.

Zinc regulates the activity of neurotransmitters, fatty acids, and melatonin, all of which are related to the biolog of behaviour. Tartrazine (artificial yellow food coloring decreases may decrease zinc levels in the body. Two separate studies found that children with ADHD have significantly lower blood zinc levels than children without ADHD. Another study indicated that ADHD children with mild zinc deficiency may be less likely to improve from a commonly prescribed stimulant than children with adequate zinc levels.

Omega-3 fatty acids are highly concentrated in the brain and appear to play a particularly important role in cognitive and behavioural function. Specific enzymes convert EFAs (such as alpha linolenic acid [ALA]) into other substances known as long-chain polyunsaturated fatty acids (PUFAs). PUFAs, including eicosapentaenoic acid (EPA) and docosahexaenoic (DHA), are also essential for normal brain function.

Some researchers believe that individuals with ADHD may have difficulty converting EFAs to PUFAs and may be deficient in both of these substances. In a recent study, researchers reported the following findings in hyperactive boys compared to boys of the same age who were not hyperactive:

Relaxation and massage techniques have been shown to reduce anxiety and activity levels in children and adolescents with a variety of psychiatric illnesses.

Mind/body techniques such as hypnotherapy, progressive relaxation, and biofeedback are particularly well suited to children and adolescents. Children tend to readily accept hypnotic suggestion and the visual process of biofeedback works well for children of this generation because many are accustomed to computerized graphics. Through these techniques, children are often able to learn coping skills that will stay with them for the rest of their lives. These treatments allow children to gain a sense of control and mastery, increase self-esteem, and decrease stress.

To be most effective for ADHD, however, these mind/body techniques should be incorporated into an overall comprehensive treatment plan that is tailored to the particular individual.

To prevent ADHD in their unborn children, pregnant women should obtain high quality prenatal medical care, abstain from cigarette, alcohol, and drug use, and should avoid exposure to toxic substances, including lead.

As many as half of all children with ADHD who receive appropriate treatment learn to control symptoms and function well in adulthood, while the remaining continue to exhibit symptoms of inattention and impulsivity throughout life. As many as 50% to 80% of those who do not seek treatment for ADHD may demonstrate delinquent and antisocial behaviour into adulthood. In most cases, ADHD can be effectively managed throughout life, particularly when multiple treatment strategies are combined.