WHAT ARE UTERINE FIBROIDS?

Uterine Fibroids or Leiomyomas (lie-o-my-o-muhs) are benign fibrous or muscular tissue that can be formed in many organs. The myomas that are found in the uterus are called fibroids and can rarely become cancerous overgrowths. Uterine fibroids are found outside or inside the uterine wall and inside the uterus itself. There can be a single fibroid or multiple ones. These growths range in size from small seedlings to larger tumors that can distort or enlarge the shape of the uterus. Large fibroids are more likely to cause painful symptoms. More often, however, they remain small and asymptomatic except for heavy periods. 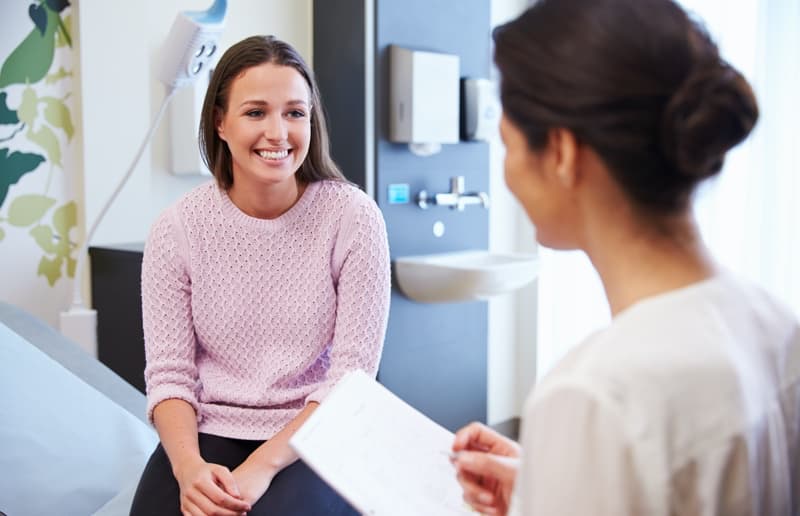 Cervical Polyps are small smooth growths that appear on the cervix, which is the canal connecting the uterus to the vagina. They can grow from mucous membranes. Like fibroids, the polyps can vary in size and number and may cause some symptoms.

HOW DOES UTERINE FIBROIDS OR CERVICAL POLYPS DEVELOP?

The cause for uterine fibroids and cervical polyps is not well understood but their growth seems to be stimulated by the female hormones.

Noncancerous fibroids often develop during the reproductive ages, these are the years when levels of certain female hormones are higher. Fibroids tend to shrink after menopause, once the female hormone levels drop.

It is unclear why cervical polyps form however they are associated with the inflammation of the cervix, clogged blood vessels in the cervix or they may be an abnormal response to an increase in female hormone levels.

WHO IS AT RISK?

Uterine fibroids are quite common and are seen in women of childbearing age. Women with a family history of fibroids may be advised against taking hormone-based contraceptives. Large fibroid growths may mask a cancer therefore any abnormal bleeding and rapidly expanding growth should be checked.

Cervical polyps are often seen in women over the age of 20 who have had several pregnancies. Polyps are rare in young women who have not yet started menstruating.

Often these benign growths are asymptomatic; however, when symptoms do occur, they may include:

Generally, fibroids and polyps are detected during routine pelvic examination and ultrasounds. If the fibroids are small and asymptomatic, no treatment may be necessary, besides monitoring them on an annual routine pelvic examination or ultrasound to ensure the growths are not masking a malignancy and rule out cancer or other potentially serious pelvic conditions, such as ovarian cysts.

In cases where the symptoms are worsening, bothersome or not improving with medications then fibroids and polyps may be treated with surgery or ultrasound therapy. Large fibroids that cause chronic pain, anemia and other symptoms may require surgical removal of the fibroids themselves or the entire uterus. Cervical polyps do not need to be removed unless they are large and are causing painful symptoms.

Naturopathic Treatments for Uterine Fibroids and Cervical Polyps at our Naturopathic clinic entails the following:


Once a proper assessment is done, a treatment plan would be suggested. This may include combination of diet changes, natural therapies and nutritional supplements to:


Other alternative therapies may be suggested such as at-home care, lifestyle changes such as weight loss, diet changes, managing blood pressure, cutting out chemicals that are known to cause hormonal imbalances. Fibroids can worsen menstrual pain and bleeding; supplements such as vitamins and nutrients may be recommended to relieve these symptoms. Changes in diet and nutrition and improving liver function may be recommended help prevent hormone imbalance and dominance. Women with fibroids may be suggested to avoid foods with synthetic hormones as these can that can provoke fibroid growth.

If you or someone you know has been diagnosed with uterine fibroids and is interested in addressing them naturally with naturopathic medicine, please call us at 416 913 4325 (HEAL) to schedule an initial naturopathic consultation or email us at [email protected]